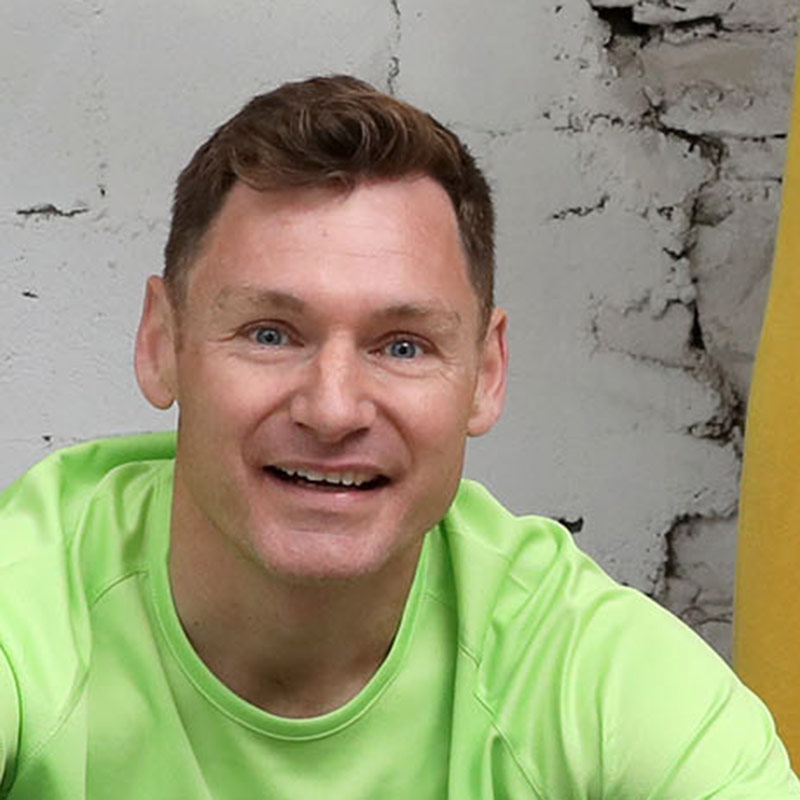 David is one of Ireland’s most successful sprinters ever. David won Ireland’s first sprint gold medal in 76 years when winning the European Indoor 400m championships in 2005. David went on to retain his title in 2009 and became an Olympian in 2008. David is still the fastest man in Ireland over 400m, as he holds both the indoor and outdoor records.

Along with being a great sprinter, David also has a passion for fitness, food and promoting a healthy lifestyle. Since hanging up his running shoes, David has gone on to become a celebrity Master Chef and also loves cooking lots of tasty recipes on his social media as well as in his book Back on Track. David’s favourite food is pizza, especially pulled pork and pineapple. David can also be seen on RTE as one of the main presenters for all major athletics championships.